The Ultimate Guide to Deep Meditation

We’ve all been there where we had a crush on someone and was kinda bummed they didn’t like us back so how can you get a guy to like you? Let’s say you see him around school or the office or even down the street. Maybe he notices you enough to get your name or give you the frequent nods but is that enough?

Let’s say you have a huge crush on him and you want him to reciprocate the feeling just a tiny little bit. Maybe you want more. Maybe you’ve thought about it so much it might be driving you crazy. Chances are if you’re still reading this, you’re in this dilemma. So how do you make him want you too?

You should know it’s not rocket science. I’m going to break down 7 simple ways to get a guy to like you. These are practically infallible so you should give them a try.

Do you know how they say first impression matters? Well even if this isn’t your first impression, it should matter, and here’s why. When you see someone for the first time, you notice their outer appearance first. Doesn’t matter if you’re shallow or not. It’s just the reality of life. You know what a portion of food smells/looks like before you know what they taste like. Now let’s imagine this is an unpleasant smell or a very unappealing look, would you be so willing to give the food a try? Most people’s answer would be a firm “no”.

It’s that way for humans too. You might have an interesting personality but your outer appearance allows people to want to know about it. Now I’m not saying you should dress like someone you’re not. Just look your best and find the perfect way to be comfortable while you’re at it.

How to make a guy like you? Simply put in the effort and that should be good enough. Don’t forget to smell nice!

Let Him Talk About Himself

Do you know that thing that happens when someone picks interest in something you do and talking about it makes you happy? Well, men have that too. So do just that to get him to like you. Look for topics or things he could be interested in or just wait till he tells you. Ask him more questions about it and watch him go off. The same way you feel good talking about your passion is how it will feel to him. Men are hardly asked about these things and he’ll be more than happy to talk about it with someone who shows genuine interest.

This step also helps you understand who this guy truly is and if you like him. You can tell a lot about a person from the way they talk about things and the way their eyes light up when they do. It gives you an insight. If he starts talking about things you have no interest in then maybe you should reconsider. But if everything lines up the right way, the connection would be inevitable.

One way to get a guy to like you is by talking about yourself. Let him know who you are and if he’s still interested he’ll stick around. Just as he lets you know things about his self, share things about yourself with him too. It makes him know you feel comfortable around him and only does this when you are comfortable. Pretending to be who you’re not only backfires in the long run so make sure you steer clear from this.

With all that being said, let him know your likes and dislikes. Let him know things you’re passionate about and don’t shy away from who you are. That way if he’s falling for you, he’s falling for the real you and you don’t have to put on a façade all the days of your lives together. Being your most authentic self counts a lot more than you’d think.

You should never be too shy to put in a little flirting and body contact because they go hand in hand. Your body language says everything he needs to know and you should pay attention to his as well. Touch him lightly from time to time to awaken his desire. That way he knows you’re looking for a lot more than friendship.

When you touch him gently, you’re giving him the impression you’re comfortable with him. However, if you’re too rigid around him, this can have the opposite effect. Touching him would make him feel you want to be touched as well. Considering that’s what you want.

You should never be scared of adding a light touch on the arm when talking to him or when laughing because he said something funny. I bet you it’ll make him want to return the favor. Flirting and body contact is a phenomenal way to get a man to like once you do it right.

Don’t Make Your World Revolve Around Him

A very important way to get a guy to like you is to make sure you don’t need him to like you. You just simply want it. If you let your whole life revolve around one man, chances are you would be taken for granted. It’s not rocket science when you like someone, you want to be with that at all times that you forget to live your own life. That’s a very poor way to go about it.

One of the rules of attracting something is not being completely obsessed with it. Just as you like a man who has his life figured out, it applies to men as well. Men love women who have their lives figured out and don’t leave important things just to hang out. Here’s a very important tip about being in a relationship or being into someone. Don’t let it make you forget your life. Find things that make you happier outside it.

Focus on your dreams, your passions, your hobbies, etc. parts this man isn’t present in. Don’t forget your friends and family and most importantly, don’t bail on plans just to be with him. Men tend to fall for you once you don’t need them to be happy.

Don’t Get Worked Up

As I’ve mentioned above, don’t get worked up and tie your entire hopes to him. Understand that it could work and it could not work. Remember never to be rigid as people to be around people that make them feel great, happy, and comfortable. If you want a man to like you and want him to be around you. You have to make him like and enjoy being around you.

One of the best ways to do this is by making sure you focus on yourself. What you do and say. Everyone is more relaxed around a person who can be comfortable in their skin. This is a great way to make him want to be around you more.

Don’t Be the Only One to Commit

If you commit first before a guy lets you know he’s committing too, you might just be wasting your time. If you want something more serious with him, you have to let him commit first. Sometimes it could be just you hoping for that and he might just want to be completely casual with you. Don’t be the only committed one in a relationship. It’s written in the relationship Bible.

Always be just as committed to a man as he is to you or you might end up hurt and heartbroken. If he’s seeing other people then you should feel free to do so till you find someone who can be a lot more committed. If he doesn’t put in him all, you shouldn’t as well.

There are so many ways you can tell when it’s not going down the right way. Some include:

This is where self-respect comes in. You need to put it ahead of your emotions because it saves you a lot of regret and embarrassment in the future. Don’t make him the center of your life and don’t go all out just to get a man to like you. He should know in other to get you, he needs to bring him game too.

These are very important ways on how to get a guy to like you. Never forget you can’t force things and if it’s not working out then you need to do the honorary thing of standing up and walking out the door. No matter how hard that is, it’s always for the best. 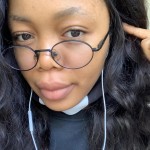 How to Get A Guy to Like You- 7 Phenomenal ways