Netflix Nigeria has become one of the giants of entertainment in Nigeria. With subscription packages as low as #2000, most Nigerians are tuning in regularly.

Netflix comes with a host of series to keep you entertained. We’ve picked the top 5 series trending on Netflix during the lockdown and beyond.

Money Heist is turning out to be the golden boy of the Netflix original series. This series centers on a mastermind who sets off to pull off some of the greatest heists ever seen. He and his team always seem to be one step ahead of everyone else.

This series is set in Spain but is interpreted in English. It’s captivating and has a lot of cliffhangers.

Are you into the possibility and a truly captivating story line? If you are, then Locke and Key will be perfect for you. It centers on a group of teenagers who move to their family home after the death of their dad.

Little do they know the adventures that await them. This original series from Netflix Nigeria comes with a lot of suspense and unpredictability. It’s sure to keep you busy for the next couple of days.

The Rookie is a criminal series that sees the main character John Nolan try to reinvent himself after a serious accident.

If you like to see some real determination and criminal action in play, then this is the best series for you. Fortunately for us, this series is available on Netflix.

If you are looking for the perfect Sci-fi series mixed with action and mystery, then Altered Carbon is your series. It features a world that’s much more advanced than ours and is set millions of years in the future. In this series, the protagonist sets out to find real purpose in life and also reunite with his long time love.

Throw in some action and cliffhangers and you have one of the best series on Netflix. Therefore, this series is a no-brainer.

If you loved the X-men, then the Umbrella Academy will make you nostalgic. It features teens with extraordinary powers who are on the run. Soon, they’d have to unite to stop a threat bigger than anything they have known.

This series has just one season with 10 episodes. However, there’s official news that the Umbrella Academy will back for a second season. This will probably be after the pandemic.

How to Watch the Series on Netflix Nigeria

Want to watch series or other movies on Netflix? Netflix currently has three membership plans.

Basic- 2,900/month. This plan allows you to watch at standard definition. You are also allowed to download on just one phone.

Standard-3,600/month. You can watch high definition movies on at least 2 phones.

Premium-4,400/month. You can watch HD and also the Ultra-HD on four phones or tablets. You can also download the same number of phones.

Can’t pay for a subscription? All you have to do is to get someone to add you to their own subscription. This shouldn’t be too hard.

Netflix Nigeria is a wonderful idea. It keeps you busy during these stuff times and gives you something to look forward to. Hence, it’s something worth considering. 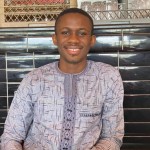 How to say NO without feeling bad

7 Things you should NEVER do at a Dining table